‘Kharkiv Ball’, ‘The memorial tournament of Oleksiy Lytvynov’, ‘The Cup of Ukraine’ and ‘The
Charivnist’ Cup’ – it’s which remembered the beginning of 2020 in Ukrainian ballroom dancing.

At the beginning of 2020, Kharkiv traditionally became the capital of the Senior dancing in
Ukraine, where seniors are loved and know how to organize tournaments with their
participation.

Several competitions also were held in Kyiv, but they could not show off a large number of
participants. Nevertheless, the tournaments that took place were so bright and spectacular.

The tournament was held on January 19 in the Kharkiv sports complex ‘Lokomotyv’ under
AUDSF support, organized by Vadym Melikhov and Oleksiy Zhuk.

The senior category represented by the Latin program and two couples from Kharkiv in the start
list. The winners were Roman Bocharov and Anna Kulyashova, represent the ‘Profit’ dance club
(coach Oleg Kochnev). 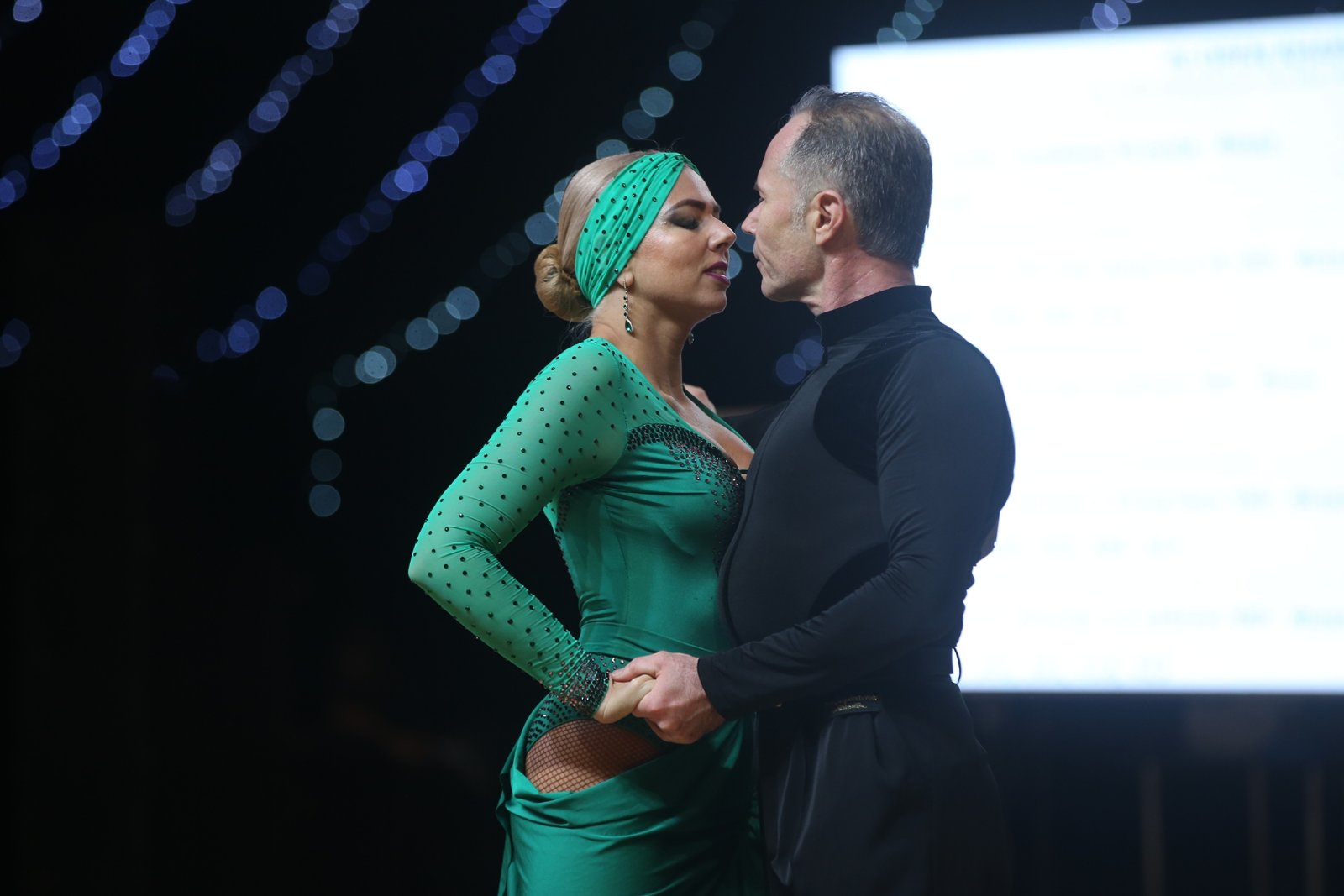 The second place went to the couple from the ‘Legend-Premier’ dance club, Yuriy Danzur and
Olga Loychenko (coaches Oleksander Zabelin and Iryna Zabelina).

Competition serving as a remembrance of the legendary Oleksiy Lytvynov took place in the
Sports Palace on January 26 under the Union of SGOSTU, organized by Volodymyr
Karachentsev. 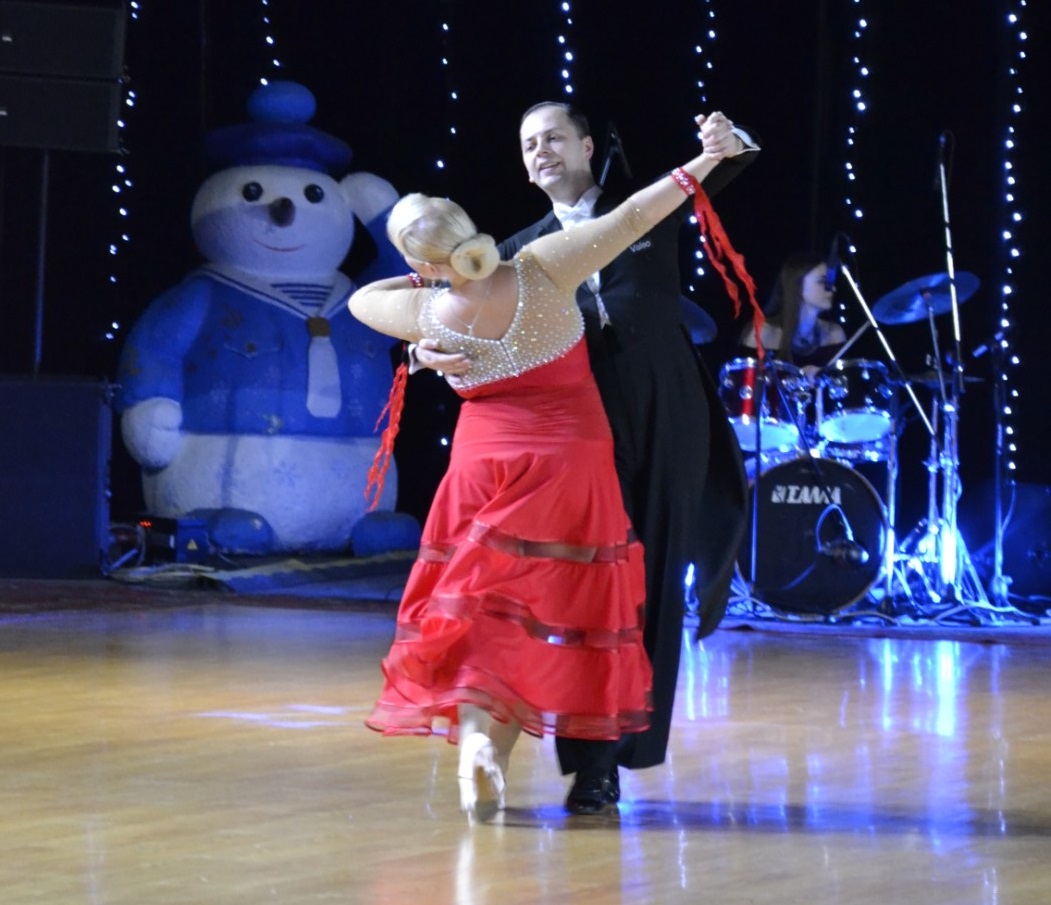 Senior couples competed in both Standard and Latin programs. The strongest three Kharkiv
couples were identified in the standard.

The gold medals were handed out to Mykhaylo Baranov and Valeria Matskevych, represent the
‘Dream’ dance club (coaches Volodymyr Kabarukhin and Galyna Kabarukhina).

The second place was awarded to the couple Maxym Lementarenko and Veronika Biryukova
from the ‘Standard’ dance club (coach Albert Lysenko).

The third place for Olexander Tyshchenko and Anna Malinina from the ‘Suzirya’ dance club
(coaches Serhiy Kobzar and Karina Kobzar).

Five couples have already gathered in the Latin program start list. And Mikhail Baranov and
Valeria Matskevich were on fire and prevailed again! 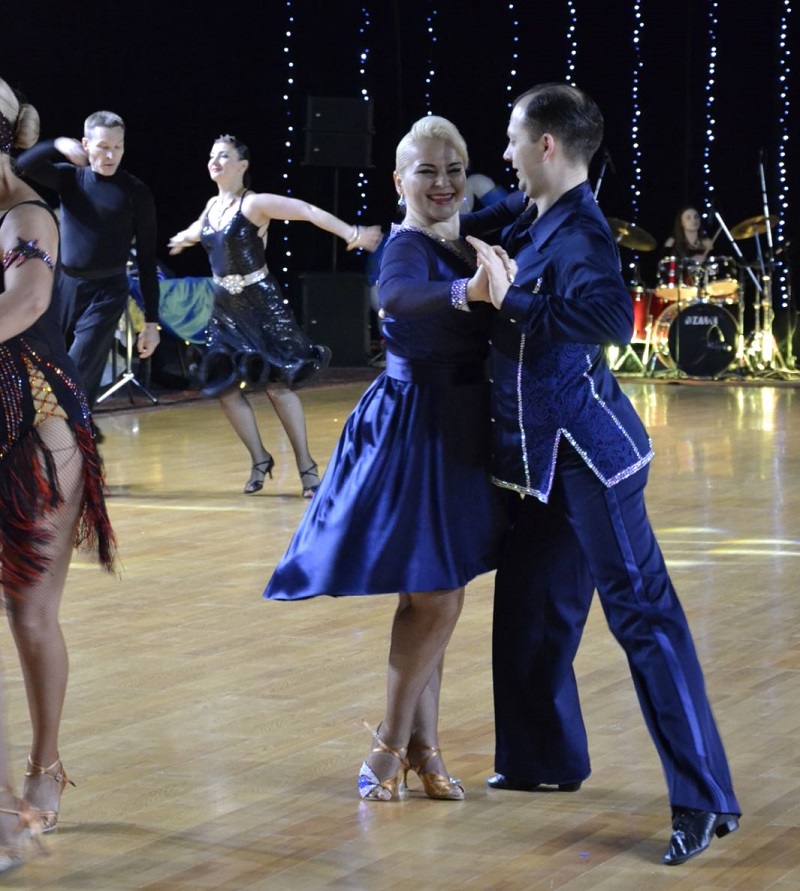 Rankings for the runners-up were: Yuriy Tantsur and Olga Loychenko in fourth place and
Olexander Tyshchenko and Alla Malinina on fifth. 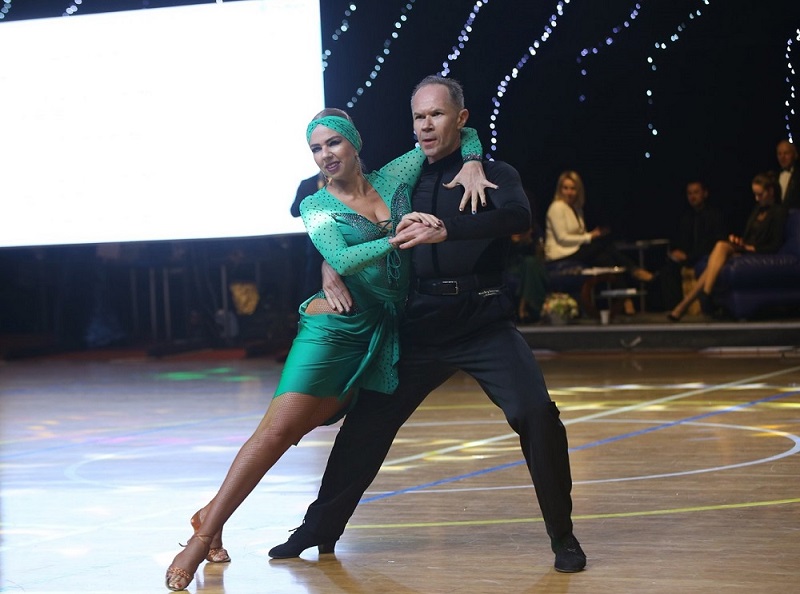 The tournament was held on February 1 under the UDSC support, organized by Sergiy Franzen
and Mariya Franzen.

Unfortunately, only the Standard program was included at that time, where only one couple took
part – Valeriy Plitchenko and Svitlana Plitchenko.

The tournament was held in Kyiv on February 23 at the ‘Nyvky Hall’ under the SGOSTU
support, organized by Svitlana Makoda, Olena Pakhomova, and Serhiy Tarasyuk.

There were two couples from Kyiv in the Senior Standard (dance club ‘Polonez’, coach
Anastasia Zhuravleva). The first place went to the couple Valeriy Plitchenko and Svitlana
Plitchenko.

There was only one couple in the Latin program, showed their skills – Serhiy Kozin and Valentyna Kushnirenko, represent ‘Dance Avenue’ club (coach Dmytro Egorov and Iryna Egorova). 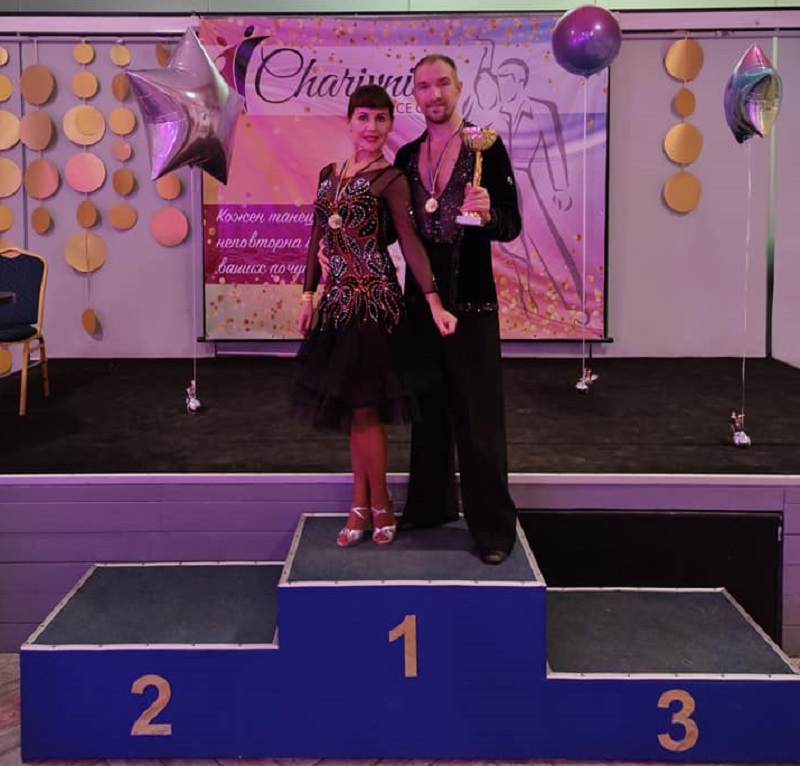 Our big thanks for Mykhaylo Baranov, Anna Kulyashova and Valentyna Kushnirenko for the
provided videos and photos.